You won't believe how many epic chase scenes have been filmed in Downtown New West!

Picture this: you’re at Fridays on Front in Downtown New West, it’s 8:19pm, and the bar token sales close in one minute. You have to sprint past an entire city block full of people if you want to get that last drink of the night. You start running—dodging food trucks, artisans, and musicians as you see the staff at the token sales booth begin to shut down. You make one final push, leaping past a group of parents with strollers and dogs, and you arrive at the booth at exactly 8:20. Just in time to get that beer token!

This may be a slightly-exaggerated version of a typical night at Fridays on Front. Downtown New West is no stranger to epic pursuits, but you might have to turn on the TV if you want to witness it. Here are five iconic chase scenes that were filmed right in the Original Downtown:

Back in 2004, ‘I, Robot’ seemed like an eerily realistic vision of what our future could look like if robots take over. While the CGI hasn’t exactly aged well, this particular chase scene with Will Smith doing parkour on the Front Street Parkade still gets the adrenaline going.

As Mark Wahlberg plays the character ‘Swagger’, New Westminster plays Philadelphia. Watch Wahlberg speed down 6th St, eventually flying into the Fraser River in his car, as he tries to escape an assassin. Notice how the Patullo Bridge has been edited in some shots, while it remains in others.

This car chase scene may be senseless and ridiculous, but it is sure entertaining. Here, the Front Street Parkade makes an appearance as the perfect tunnel for this hilarious pursuit.

RUMBLE IN THE BRONX

There is no hiding New Westminster in this movie, in which Jackie Chan makes one of his first big breaks. The North Shore mountains are visible in many scenes throughout the film, and the Front Street Parkade unmistakably makes an appearance in this motorcycle race.

In one of the most high-profile New West shoots in recent years, we get to see Godzilla ravage through Columbia Street. While we hope that this does not actually happen in our beloved downtown, it is pretty cool to see on the big screen.

Leveling Up: A Geek’s Guide to DTNW 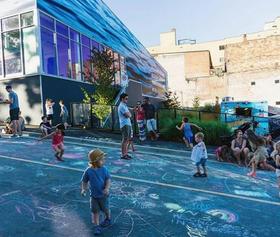 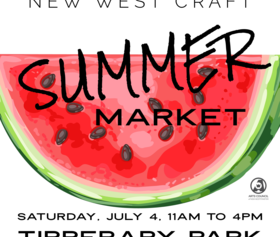